Release Equity from your home

See if Natwest Bank can help you.  Find out how much equity you can release. 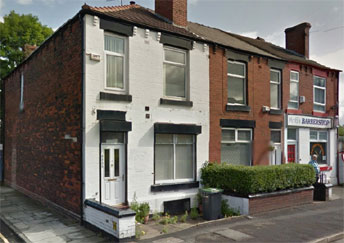 Natwest was bought by the Royal Bank of Scotland in 2000, but while they are sister banks, and yes, Natwest is a bank and not a Building Society, it has a separate banking licence from the RBS group. None of the two providers offers lifetime mortgages. If you were to search for Natwest Equity Release, the official website looks as though they do; however, it’s only an information page about equity release. They do not sell them, nor do their broker arm – Natwest Intermediary Solutions.

One example was the collapse of Newcastle based Northern Rock, which did provide lifetime mortgages – at a rate of 8%. Virgin Money acquired the profitable arm of Northern Rock in 2012. Not surprisingly, the equity release books were not among them. Those went to JP Morgan, which uses a servicing company – Papilio UK, based in Ipswich to service customers lifetime mortgages. Those who had their plans transferred were (some still are) in the fiasco of needing to transport their product because rates are now 3% lower and for drawdown customers, they can’t release any more cash from what should be Flexible Lifetime Mortgages. Over the term of the loans, the interest difference amounts to thousands of pounds extra coming out of the estates of Northern Rock lifetime mortgages customers. Years after they collapsed.

Suffice to say, banks and building societies do not have a favourable track record with the retiree finance market. The lenders who do tend to be insurance companies such as Legal & General, and Aviva as well as finance houses such as Hodge Lifetime.

Competition between equity release companies in today’s market is focused on the features as much as it is the rates. Average interest rates on lifetime mortgages are 5%. 40% of products available at the end of 2018 were below 5%. It is higher than a standard secured homeowner loan, but it’s far less than unsecured borrowing.

Equity release is not suited to everyone. It comes with the potential to pay back more from your estate than you release in property wealth as the interest will accrue for the rest of you and your partner’s lives. There is a No Negative Equity Guarantee, ensuring your family are left with something, and that something will not be debt. What it will be is a reduced amount.

In terms of the features available from varying speciality lenders as more products are released, there’s an increasing focus on consumer protection and features letting you reduce the total amount of the loan repayable at the end of its term.

Most providers are now allowing for some payments to be made towards either the interest on the loan at a capped percentage per year or enabling you to repay a portion of the capital early.

The vast majority of reputable equity release firms are also offering downsizing protection to address the concerns of those nearing retirement, who want to release some cash from their home without worrying that they’ll struggle to sell up years into retirement. On the topic of downsizing, as Martin Lewis explained on ITV’s this morning, it’s best to do this early on, because the older you get, the more likely you’ll be to put it off.

How Much Equity Can You Release? We Compare The Whole Market For You..

A significantly large proportion of equity release lenders are allowing for lifetime mortgages to be repaid early if you need to downsize after five years with the early repayment charges being waived. Accrued interest charges won’t be.

Lifetime mortgage customers can also bank on never being forced into selling up. The equity release market is regulated by the Financial Conduct Authority. All advisors and lenders providing lifetime mortgage products (both flexible and lump sum with interest roll-on) abide by the standards set by the Equity Release Council, the trade body/industry watchdog.

The guarantee of tenure ensures that the surviving partner on a joint policy is guaranteed to be able to live in the home until either they pass or they move into a long-term care home.

Only when both people die or both go into long-term care homes, and the property sells is your lifetime mortgage repaid, and that’s from the sale of your property. If your home loses value, your family won’t have to make up the difference.

Where thought needs to be applied for financial planning retiring is if you intend to raise a significant amount of money upfront, as you could live for 30+ years after taking out a lifetime mortgage. With interest roll-up, you don’t need to pay anything back as the interest accrues and is added to the loan to be repaid when your property is sold. Until then, at an interest rate of 5%, that’s going to add £2,000 in the first year to a £40,000 lifetime mortgage and continue accruing until your property is sold. Using those figures for illustration purposes, if you were to live for another 30 years, the interest to be repaid could bring the total repayable amount to at least £60,000. Far more than you released from your home.

As equity release can cost more in interest and fees than you release in equity, it’s a requirement to get advice from a financial advisor before you can enter into a lifetime mortgage.

Independent advisors and mortgage brokers experienced in the equity release market can talk with you about what options are available, the features some of the most established equity release companies can offer, including Enhanced Lifetime Mortgages suited to those with a health condition limiting their life expectancy. Higher amounts of equity can be released for a lower rate of interest, letting you do the things on your bucket list, without worrying about where the money’s going to come from.

Any homeowner over 55 can release equity with a lifetime mortgage. Whether it’s a good idea or not will vary based on individual circumstances.

In addition to speaking with a financial advisor about equity release options, it’s also worthwhile to talk with your family (both your life partner and kids) about your intentions before proceeding.

There are plenty of safeguards in place for consumer protection with lenders offering plenty of features giving you more control over the total cost of borrowing, which lessens the worry about not leaving enough behind in your estate for loved ones.

With sound guidance from an expert in equity release, you’ll know before you apply if it’s the right way to go about raising whatever amount of money you want to release from your property, or if there’s a better suitable alternative for both you and your family or other beneficiaries.

Jubilee can advise and compare the whole of the market to let you know all your options.

House prices have risen dramatically across the nation in recent years, and a lot of older people are sitting on a vast amount of property wealth. Equity release is just one way to turn your asset wealth into income you can use now for anything you want or need.

How much equity could you release?

You could be eligible to borrow from 10% up to 50% of your property’s valuation. The amount you’ll qualify for differs as it’s based on property valuation and your age at the time of application. Lifetime mortgages are different from a remortgage in that you don’t pay interest as soon as the money’s released. And using a remortgage to release home equity, it’s possible to remortgage for between 75% to 100% of your property valuation. Equity release has a lower LTV ratio because there is a no negative equity guarantee. The property price could decrease decades from now when it’s sold, which would be a loss the lender would bear the brunt of. That’s factored into how much you’ll be eligible to borrow.

The set-up fees for arranging a lifetime mortgage can run high. There are legal fees, home valuation fees, and administration charges. Depending on which intermediary/broker you use for advice, there could be advisory fees too.

The team at Jubilee Finance are experienced in all types of mortgages and are well-positioned to help you find the right financial solution for both those in retirement and others nearing retirement age.

Your Property Wealth Is Your Money – We Help You Access It!

Spend the proceeds as you like, no restrictions, no repayments to make, while still retaining the option to repay some, and only if you wish. Several products cater to different requirements.

Future borrowing against your home can be arranged in advance using drawdown through a Flexible Lifetime Mortgage. This option lets you take out an initial lump sum payment (all tax-free) keeping a floating balance on reserve for later years. This is handy for those who’d like the reassurance that there’s going to be money there in their later years of life to draw on if they need to. For example, to meet a higher cost of living, by having to pay for home care, or perhaps install a stairlift for help getting up and down the stairs, or to have a bathroom converted into a wet room. Future borrowing is not guaranteed to be approved unless you opt for a flexible lifetime mortgage, which gives you the drawdown facility.

Any money released is tax-free; however, it should be noted that large sums of money can impact means-tested benefits such as pension credits. Talk to us for financial guidance towards and in retirement to find out if equity release could be a good fit for your circumstances, and what it could affect so you can make an informed decision that’s right for you and your family.