Remarks by Larry Summers at the Country Directors Retreat 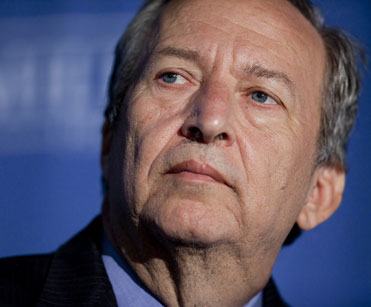 1. The suggestion that there would be a generalized improvement in decision making processes by giving more weight to local community is a proposition for which there is very little evidence. One overwhelming development success in the last generation is the success of the Asian countries. This is the success of a group of countries achieving economic growth, which in turn drove a variety of emancipations and movements toward democracy. It seems to me that there is little to be found in that success that points to the wisdom of much of what is said today in the name of empowerment or in the name of enfranchising those who have not been enfranchised.

2. Now I am sure that I do not understand the empowerment strategy in all of its nuances. But think about education, for example. As the Bank considers what weight to give to carefully controlled studies of what types of reading curricula work and what types do not, on the one hand, and to more extensive consultation with villagers about the design of curricula in their schools, on the other hand, it seems to me that the Bank’s comparative advantage lies in the first and not in the second. I am concerned that the move toward empowerment rather than an economic approach is standing in some ways for a reduced emphasis on the analytic element in the Bank’s work. If that is so, it seems to be a troubling development. That is my view. I do not know if that is the view of the current U.S. government. And I would have to say in all honesty that I doubt it is a view that would have been universally shared within the U.S. government of which I was a part. But it is something that I nonetheless feel strongly about and wanted to share with you.

3. A second observation that I would make, and in a way it is related, is that it would be important for the Bank in the years ahead to give rigorous thought to what it means to be client-centered. Does being client-centered mean forming a closer partnership with the government, which is the Bank’s counterpart and which signs the loan agreements with the Bank? Or does it mean some broader kind of relationship with the country? It has to be recognized that in many cases governments are not allied with many of the forces professing to represent civil society within countries.

I have been exposed to a substantial number of complaints—particularly in Latin America but also in other parts of the world—from officials of democratically elected governments who have the view that they are the representatives of the people of their country and that it is inappropriate for the Bank to seek to anoint representatives of civil society, other than those who have been democratically elected. And to be honest, when people are out of the earshot of Bank officials that they believe have some role in influencing their loans, they are substantially more vocal on this point than I suspect they are in the presence of Bank officials. On more than one occasion, I have been told that under no circumstances was I to repeat the anecdote of outrage that I just heard about the convocation of the opposition that the Bank had staged in the name of civil society to anyone at the Bank for fear that it would adversely affect the size and scale of the country’s lending program. It seems to me that a critical question for the Bank will be, what does it mean to be client-centered? And what type of relationship is the Bank best at having with countries?

4. I am deeply troubled by the distance that the Bank has gone in democratic countries toward engagement with groups other than governments in designing projects. An analogy that I find helpful is the federal government’s relations with U.S. cities. No U.S. city mayor would begin to tolerate from the federal government the kind of practices that the Bank regularly imposes or seems to impose in the context of democratically elected countries. I think the issue is a much more difficult one where the quality of democracy is questioned, where governments less legitimately speak for their people. But here, too, there is a basic tension between the notion of being closer to governments and having better partnerships and more effective engagement with civil society.

Now I am very much aware that there are countries where it is an important objective of the government to broaden participation, and the Bank is helpful in facilitating that. And of course where that is true and where there is no disagreement, there can be no question. But I rather think that on those occasions when the Bank is encouraging and pushing greater involvement with civil society—which I suspect is on a large number of occasions—the issues are perhaps a bit more complex than has been faced. In particular I have to record very considerable doubt about the wisdom of setting up anyone other than democratically elected governments as the counterpart for the establishment of Country Assistance Strategies. When there is an attempt to reach within society to develop Country Assistance Strategies, there is a real possibility, it seems to me, of significantly weakening democratically elected governments.

5. A third observation that I would make is that the Bank will increasingly have to think through—as I know it has—its approach to emergencies. As the global capital market improves, more and more countries have more and more regular access to capital. It is at least a question whether the Bank wants to become a source of funds because it is paying a hundred points over LIBOR and alternative funds are available over 400 or 500 points over LIBOR, or whether the Bank wants to be engaged in the activity because we get the opportunity to provide advice and we have some sway over priorities because our funds are cheaper (though funds are available elsewhere). It is an interesting question just how much of that activity the Bank is engaging in.

6. A fourth observation that I would make is that I suspect a growth area for the Bank in the years ahead will be global public goods. Whether it is new research on treatment of AIDS, whether it is the global environment, whether it is combating money laundering, whether it is new distance-learning technologies, it seems to me that if one takes the long view of the progress in and the application of new technology, new science, and new ways of doing things that have scope across many countries, it makes an enormous difference to the global development effort. There is the classic set of problems associated with raising and mobilizing funding for such research, and it seems to me that the Bank is well positioned to expand in this area.

And so almost any call—along the lines of the one that I just made with respect to global public goods—will be met by the Bank being extremely enthusiastic about organizing and collecting money for any trust fund that the rest of the world wishes it to administer to address the problems. But there is rather more squeamishness with respect to any initiative that interferes with any of its existing activities—whether in the form of the reallocation of concessional resources or in the form of making its existing products more expensive—so as to generate revenues to finance this type of initiative; there is likely to be very considerable internal resistance in the Bank to doing that. I can’t help but wonder whether it would not be well to overcome that.

7. Let me make a fifth argument, a fifth and final observation. And in some ways, I think, this observation helps to explain the context and the environment in which some of the questions that I raised earlier are generated. It is enormously important that there be a constituency in high-income countries—notably in the United States—in favor of economic development and poverty reduction around the world if the kind of effort that the Bank and organizations like it represent is going to be continued on a large scale. And there has been a general failure, particularly in the United States, of mobilizing that constituency in a strong way. It continues to be a mystery to me why junior high school children throughout the United States are far more concerned about dead species than dead children around the world.

But that is in fact the case. Those who are concerned with development and those who bring moral energy to the development challenge often bring it with very substantial hostility to the market, to business, to globalization as traditionally understood. There is a very difficult balance that I don’t know how the Bank and all of us should manage. Between, on the one hand, the fact that if you are developmental organization, you really can not be in bad grace with the principal carriers of moral energy around development, and on the other hand, the reality that a large number of the things those organizations say are not true and if they were acted on, would be a inimical to the goal of progress and to the goal of reducing poverty around the world.

So while I intended to be quite critical in making the observations that I made with respect to the new non-economic areas of emphasis, and with respect to some of the practices of engagement in major countries and why I think they do have a material and significant effect in reducing the effectiveness of poverty reduction efforts, I am very much aware of the external pressures that drive that kind of experimentation, drive that kind of rhetoric, and drive that kind of effort. And I don’t know what the answer is to this problem. But I believe that if the Bank stands for anything in the development debate, it has to be that you can be both hard-headed, rigorously analytic, fully evaluative of your efforts, and also deeply compassionate and caring.

And that you can believe deeply in the market system and at the same time share all the moral energy that anyone has. I think it would be a great tragedy in terms of the Bank’s potential contribution to reducing global poverty if, in the name of demonstrating its compassion and moral energy, it were to lose sight of the rigorous analytic basis and emphasis on supporting genuine market forces that have allowed the Bank to make such a great contribution to the global poverty reductions efforts over these last 50 years.