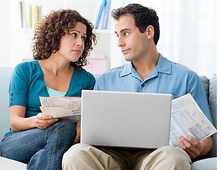 Residents of England and Wales who are struggling to repay their debts may use a Debt Relief Order, or DRO, to address their situation.

A DRO is just one of several debt management solutions available in this region.

Residents should learn more about a DRO to determine if they qualify and if it meets their needs.

Here are the most common questions our customers ask regarding a DRO, along with our answers. Please contact us for additional information and assistance with a DRO.

What is a Debt Relief Order, also called a DRO?

The DRO was created by the Insolvency Service as an inexpensive alternative to declaring bankruptcy. Residents of England and Wales may apply for this order if they cannot afford to repay existing debts. A DRO typically runs for one year. While an individual has a DRO, creditors may not make attempts to recoup money they are owed. All debts covered by the DRO are written off when the order ends.

What is a Debt Relief Restrictions Order, also called a DRRO?

A DRRO details restrictions on an individual’s activities for between two and 15 years. If people do not adhere to DRRO restrictions, they will have violated the order, which is an offense that subjects them to fines or possibly, imprisonment.

What are the qualifications for a DRO?

A DRO has several qualification requirements. Qualifying debt must be less than £15,000 and after regular living expenses are paid, remaining income may not exceed £50. The individual may not own a vehicle valued at more than £1,000 unless it has been adapted to accommodate a physical disability. The value of assets may not exceed £300. The individual may not be a homeowner but must have owned property, lived, or run a business in Wales or England within the previous three years. Please note that it is considered an offense to provide false or misleading information on the application for a DRO. Do not be tempted to do this in order to qualify.

Who will not qualify for a DRO?

If any of the following apply, an individual will be deemed unqualified for a DRO:

What qualifies as debt under a DRO?

What debts must be excluded from a DRO?

A DRO does not cover every type of debt. Even when a DRO is in place, creditors may take action regarding the following debts: child maintenance or support, confiscation orders, student loans, and criminal activity-related court fines.

What is the DRO definition of an asset?

Anything valuable that is owned is considered an asset. This includes savings, vehicles, property, antiques, and stocks. Property owners, even those with a mortgage, will not usually qualify for a DRO. An individual who has not retired but has a private or occupational pension fund will not usually see the fund value included as an asset. However, since there are exceptions to this, please consult with us for guidance.

What items are not considered assets for a DRO?

Several items do not qualify as assets when determining the £300 limit. These include a vehicle adapted for a physical disability and used daily, a vehicle with a value of less than £1,000, household goods such as bedding, furniture, and clothing, and equipment such as a book or tool that is used in a job or for a business.

How is spare income calculated for a DRO?

Spare income calculations must take into account all money that is flowing into a household. This may include salary or wages, welfare benefits like a Jobseeker’s or Employment and Support Allowance, pension, rental income, and other household member financial contributions. Reasonable daily expenses may be deducted. The resulting figure must be less than £50 and the individual must meet the other requirements to qualify to complete a DRO application.

What happens after the DRO is put in place?

While a DRO is in place, the covered individual does not need to make payments on debts covered by the order. These creditors may not take further collection or legal action. Payments for regular living expenses such as rent, water and utility bills, and Council tax must continue. Any debt not covered by the DRO must also be repaid.

What is the DRO application process?

To apply online for a DRO, an individual must go through an intermediary. This third party is considered an approved debt adviser who has permission to offer advice regarding a DRO and complete relevant documents. DROs are administered by the Insolvency Service’s Official Receiver. To locate an intermediary, contact an authority listed on the Insolvency Service website or a local Citizens Advice Bureau.

Once full payment and the application are received, the Official Receiver reviews the document to ensure that the applicant meets DRO qualifications. If so, the DRO is issued and the covered individual should stop making payments to listed creditors. These creditors will be notified that a DRO is in place and that they may not take additional action. DROs are published on the Individual Insolvency Register, which is available to the public. The name and address of the covered individual remain on the Register for 15 months.

Before I apply for a DRO or once it is in place, is there anything I am restricted from doing?

Yes, you will be subject to several restrictions. For up to one year prior to your DRO application and throughout the DRO period, falsifying, hiding, or destroying accountings and documents are prohibited. Items may not be given away or sold for a price lower than their value in an attempt to qualify for this debt management solution. From the time a DRO application is made to the time the DRO is granted, the applicant is also prohibited from hiding a change in circumstances that could affect the DRO application.

Violation of any of the items above is deemed an offense. Consequences include the Official Receiver denying the DRO, prosecution and fines, prison time, or possibly both. If an individual is found to have committed the violation after a DRO is received, the Official Receiver may revoke the DRO or apply for a DRRO. The individual must then prove there was no intention to defraud anyone or purposely hide information.

When a DRO is in effect, several restrictions apply. The covered individual may not receive credit in excess of £500 without informing the relevant lender. Court permission must be granted in order to serve as a company director or establish, promote, or manage a limited company. If a business will be run under a different name from that listed on the DRO, the individual must reveal the name used on the DRO to all parties involved with the business.

During the DRO period, are there any changes in circumstances that I should report?

Yes, you are required to tell the Official Receiver about any changes in circumstances that occur while the DRO is in place. This includes, but is not limited to, increases in income, missing or incorrect details provided when applying for the DRO, and money (including a financial inheritance) or valuables received while covered by the DRO. Failure to inform your Official Receiver of these types of changes may be considered an offense that subjects you to revocation of your DRO.

Will my credit be affected by a DRO?

Possibly, because a note regarding the DRO will be placed on your credit file for six years. Therefore, you may find it difficult to obtain additional credit or open a bank account during this time.

If I am receiving benefits during my DRO period, must I take any special steps?

If a benefits overpayment or a Social Fund Loan is being repaid, the Department for Work and Pensions or a local authority may deduct money from individuals with benefit payments. If this happens while a DRO is in place, the deductions may need to cease. Consult with an adviser for guidance on how to proceed.

May debts be added to a DRO that is already in place?

No, new or omitted debts may not be added to a DRO that is in place. However, if new debts are accrued while the DRO is in force, these must be reported to the Official Receiver.

When the DRO concludes, what happens?

A DRO usually ends one year after it is issued. When the DRO period concludes, any outstanding debts included in the DRO will be written off and will not have to be repaid. Any unpaid debts that are not covered by the DRO will need to be repaid.

How often may a DRO application be completed?

An individual is permitted to complete a DRO application every six years.