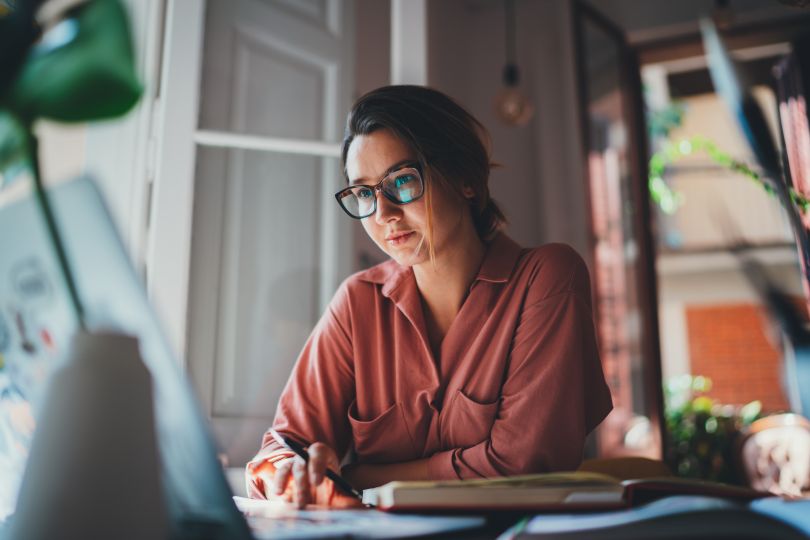 Are you a sole trader and have trouble making payments such as tax and arrears on other business-related debt?

Managing debt problems due to creditor pressure and running a business, can be extremely stressful.

Did you know that if your business is still trading profitably, there are options available to keep your business running by making affordable monthly payments on your debts? As a sole trader, an Individual Voluntary Arrangement IVA is a solution that may help your requirements; read on to find out how.

Clear Up To 90% Of Debts With A Sole Trader IVA. Write Off Your Debt For Good

What is an IVA for a Sole Trader?

An IVA is a formal agreement agreed in a court of law where both an individual (the debtor) and creditors to the business agree to restructure outstanding debts.

For a sole trader, an Individual Voluntary Arrangement makes repaying debts more affordable through lower monthly repayments.  However, one of the most significant benefits of an IVA is that it allows a sole trader to continue trading and trade out of their business debt to become debt free.

Traditionally, the standard path was bankruptcy which meant the end of the business. For creditors, IVAs can be more beneficial than bankruptcy as they will still receive some money back, unlike bankruptcy where they receive nothing.

As a sole trader, the main difference from a company employee is the irregular income often associated with being self-employed. Thus, IVAs specifically for self-employed focus on flexibility where the level of repayment can fluctuate during the IVA.

The Key Features of an IVA for the self-employed are:

How An IVA Could Radically Reduce Your Debts

I Am A Sole Trader - Is an IVA Appropriate for Me?

If you want to enter an IVA, you must first engage the services of an Insolvency Practitioner. An IP is the only qualified professional that can set up and administer an IVA. An IP can be contacted directly or engaged via debt advice services or a debt management company.

Your business must be viable to enter an IVA. If it has never been profitable or sales are not enough to cover the costs, the undertaking will not be deemed suitable for an IVA. Instead, the recommendation will be to shut down the business and start the bankruptcy process.

IVAs are appropriate for sole traders with minimum outstanding debts starting from £15,000 owed to two or more creditors. Due to the cost to put in place an IVA and the ongoing fees to administer it, lesser debts do not make them cost-effective debt solutions, although a proposal may be accepted.

What Is the Individual Voluntary Arrangement IVA Process for A Sole Trader?

Once it is recommended that you qualify for an IVA, there are steps which need to be undertaken by the IP which we will now outline.

The first task of an IP is to understand your business and personal finances. For business owners, business income including cash flow, assets and liabilities are looked, and also personal affairs such as living costs, utility bills, rent payments, credit cards, and personal debt.

For your business, the IP will need:

The next step is to put together all information in an accurate Statement of Affairs (SOFA) which will be included as part of an IVA proposal that the Insolvency Practitioner will present to your creditors. The proposal lays out the monthly repayments or a one-off lump sum you can afford as part of an IVA.

A proposal put forward by your IP can recommend repaying as little as 25% of outstanding debts over the 5 years of the IVA.

Once this is ready, it will be filed with the court and circulated to creditors simultaneously with an interim order application. Also known as a moratorium, the interim order protects the sole trader if a creditor decides to take further legal action before the creditors meeting takes place.

At least 75% of your creditors will need to agree to your terms before it is accepted. Creditors will have 14 days to consider your IVA proposal where they can raise concerns or objections ahead of the meeting.

At the meeting, the proposal can be modified or questioned. IVAs can only get approval if at least 75% of creditors, according to value, agree either by proxy or by vote. By value means that each creditor has a level of vote corresponding to the outstanding size of their debt.

When voting ends, if the majority agree, the proposal, after any agreed modifications, will pass on to the court to be filed and at this time, the interim order lifts.

The agreement will propose that either a one-off lump sum IVA or a monthly payment pays into a trust account managed by the Insolvency Practitioner or nominee who will distribute the funds to the individual creditors.

For the debtor, failure to maintain payments under the agreement can have severe consequences as it is a legally binding document agreed in a court of law. Effects can include the IP starting bankruptcy proceedings against the debtor.

As A Sole Trader, How Much Am I Required to Pay into an IVA?

The monthly repayment levels of an IVA for a sole trader depend on many of the factors we covered in step 2 of the process. However, a proficient IP will focus on your business's needs, so it can continue as a viable concern as you continue to make payments into your plan.

A key focus will include an undertaking’s financial projections which may consist of seasonality. An undertaking dependent on summer tourism trade would expect to see a higher monthly repayment amount in the summer months, reducing to a lower amount during the winter.

What Are the Advantages of an IVA for Sole Traders?

The Disadvantages of an IVA for A Sole Trader

As a sole trader, you are likely to be fully committed towards your business which may still be viable even if you are struggling to pay off business debts. After reading this informative guide, if you think that you can continue trading profitably and that an IVA can help achieve this, you should get debt advice straight away.

A proficient debt management company or your existing financial adviser will be able to begin to advise on the process, including using a licensed Insolvency Practitioner service.

Can I do an IVA myself?

As an IVA is a legal process, it is not possible to set up a sole trader IVA yourself. It needs to be both set-up and administered by an IP throughout the IVA.

Do most creditors accept IVAs?

A voluntary code of practice exists and is known as the IVA protocol, to which most creditors and Insolvency Practitioners sign up.

Can I get a business bank account with an IVA?

It is feasible to open a new account if you are already in a sole trader IVA. Unfortunately, you are likely to have an adverse credit rating. Expect the bank account to have only basic functions operating without an overdraft facility and no credit cards or cheque book access.

Does an IVA cover all debts?

Not all debts can be included for payment within a sole trader IVA and must continue to be paid outside its confines.

Secured borrowing is the primary source of debt which cannot be included in an IVA unlike most unsecured debt. Secured debt is pledged against an asset such as a mortgage on a property or finance/hire purchase agreements on cars or other consumer items.

Types of unsecured debt that cannot be included in an IVA include:

What is the minimum IVA payment?

For an IVA to be set-up, you will need to have a surplus amount of disposable income once you have paid all your bills. As a rule of thumb, the minimum payment level into an IVA is between £80 and £100 per month.

Will I lose my car if I enter an IVA?

When you enter an IVA, you usually are permitted to keep your vehicle if it is essential for your business or family reasons. The value of the car should be within reason. If a car's value is excessive, a debtor may make a case to retain it; however, the IP may also request that it sells to increase the level of payment into the IVA.

The Money Advice Service is a free service set up by the Government to help people make the most of their money. If you would like to learn more click here.

The Insolvency Service, an independent government agency, has produced a guidance leaflet on dealing with your creditors. If you would like a copy, click here.