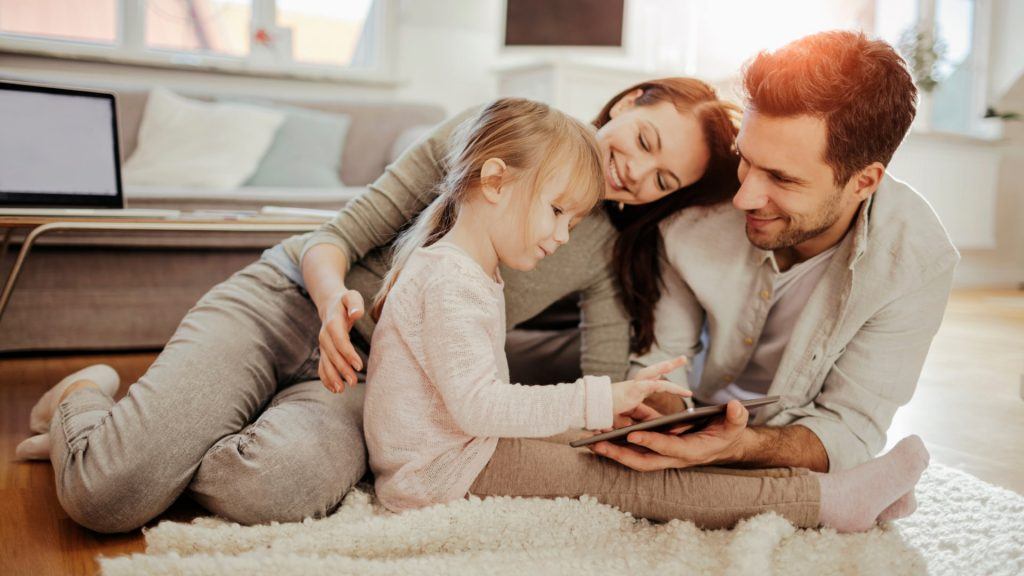 If you've got more debt than you can manage, you're not alone.

According to the latest government statistics and forecasts, household debt in the UK will exceed £2.068 trillion this year - a figure that's gone up significantly since their last report. Even when you take away mortgage debts, there's still £224.9 billion owed for consumer credit lending - That's debt from personal loans, credit cards, hire purchase (HP), and vehicle personal contract purchases (PCPs), and other unsecured lending.

Stressed And Tired Of Debt? Use Government Help To Write Off Unaffordable Debts.

How Much Does the Average Person Owe?

These enormous national debt figures mean that the average total debt per household is currently over £60,000, and according to the Co-Operative Bank, around 7 out of 10 people are facing debt problems. To make matters worse, roughly 3 out of 10 people are just not equipped to meet their monthly payments.

This can put people under a huge amount of stress. If you've got debt you're struggling to deal with, you may find yourself avoiding phone calls from the companies you owe money to (creditors),

Maybe not opening your post to avoid seeing payment demands, or trying desperately to balance what little money you have left between essential costs and repayments?

How An IVA Could Radically Reduce Your Debts

It's Important That You Act Quickly if You're Struggling

Debt never goes away - even if you avoid the phone calls and letters.

In fact, the longer you put off finding help with debts, the more you can end up owing. Creditors may add additional charges for handing your debt to collection agencies, and you'll face very large additional costs if agents make visits your home.

What's more, the cost of borrowing also goes up - so if you decide to take short term loans to get you through the month, you can quickly find yourself paying back huge amounts of interest - adding to your problems.

The good news is, there are a variety of ways you can actually write off debt - so even if you don't feel there's any way of ever paying off what you owe, there are Financial Conduct Authority (FCA) approved ways of significantly cutting down your outstanding debt.

Can You Really Get Debt Written Off?

The idea of a debt write off might sound too good to be true - but it's a real solution that thousands of people take every week in the UK.

Everyone's financial situation is different, so there's no 'one-size-fits-all' when it comes to help with debt. This is exactly why it's a good idea to get more information by chatting with a Jubilee Debt Management professional.

Remember; almost a third of UK residents are facing debts they can't manage. So no matter how you've found yourself struggling with repayments, our advisors will understand your position and be able to talk to you about debt help options that could work for you.

Professional Help In Minutes. Freeze Interest & Charges. Do you qualify? >

What Kind of Solutions Are There to Help People Write Off Debt?

When you contact us and talk to a Jubilee advisor, the debt solutions information and advice you receive could include a number of options. We've explored Individual Voluntary Arrangements (IVAs) and bankruptcy here, as they're the most popular options - but you also wish to learn about Debt Relief Orders too.

A formal program called an IVA is one of the most popular ways to write off debt. It's a type of legal agreement that an insolvency practitioner (IP) will set up for you.

Essentially, an IVA is a debt solution drawn up between you and the people and/or companies you owe money to. That list of creditors can include credit card providers, personal loan and payday loan companies, outstanding bills and arrears, tax arrears, benefit overpayments - and many other types of unsecured debts.

After assessing your incomings and outgoings, the insolvency practitioner you're working with will talk to all your creditors on your behalf, proposing an overall amount of money that you can afford to pay. You don't have to worry about dividing a money up between your creditors - the IP will do this for you.

Do Creditors Need to Agree with the Amount You Can Pay?

When the affordable repayment is proposed to your creditors, they have to collectively agree with the amount for your IVA to be approved. The good news is; not all of them have to agree - as long as 75% of them do, your IVA will be approved.

The team here at Jubilee have organised tens of thousands of IVAs, so this process usually is straightforward and hassle-free.

While an IVA is being officially arranged, all debt recovery and legal action against you will be halted - and you won't even be expected to talk to your creditors.

How does an IVA help you write off debt?

With repayments to your creditors agreed, the actual day-to-day reality of using an IVA to write off debts is really simple.

Jubilee will handle all your repayments for you. We divide the amount you're repaying between your creditors - then, at the end of the IVA term; you're done. Your creditors agree to write off any amount they haven't received by the time the agreement ends. An IVA will generally last for five years - although can occasionally run for six years.

If I write off debt with an IVA, do I have to sell my home?

IVA's are an extremely popular way to have debts written off because it does not involve selling your home.

If you're a homeowner, it's a good idea to talk to a Jubilee advisor about how an IVA can work around your mortgage. IVA's only include unsecured debt - so your mortgage debt will not be included - but depending on how much equity you have in your home, you may be required to remortgage. This doesn't apply to everyone though - so it's important to discuss your situation so we can explain exactly how it would work for you.

Is an IVA right for you?

An IVA is a popular debt write off option if you've got debts of around £8,000 or more - but it's not right for everyone.

Firstly, you must be a resident in England, Wales, or Northern Ireland to be considered for an IVA. If you're a resident of Scotland, a debt solution called a 'protected trust deed' is similar - but you should talk to one of our advisors to understand the differences and whether it would be right for you.

IVAs come with some conditions - especially around how much you can afford to repay and getting credit while your agreement is in place. For most people, the temporary impact on your credit file and having some constraints around credit is a very small price to pay for having debt written off. Still, it's important you understand all the details - so you can decide yourself if it's the right option for you.

Bankruptcy might sound like an extreme way to write debt off - but for many people, it's a positive step that writes off debts that you cannot afford to repay in a reasonable amount of time.

Bankruptcy can be used to write off a range of debts - including utility bill arrears, credit cards, unsecured loans, unpaid taxes, and many more. However, student loans and County Court Judgements (CCJs) are not included. Bankruptcy will appear on your credit file and will affect your ability to get credit for some time.

Bankruptcy is available to residents of England, Wales, and Northern Ireland. In Scotland, the process is known as 'sequestration'. Again, like an IVA, you must talk to an insolvency professional to get debt advice and more information about bankruptcy debt solutions before you commit to this option.

Do creditors need to agree to bankruptcy?

Unlike an IVA, the people or companies you owe money to do not have to agree to someone becoming bankrupt. Most outstanding debts will be written off when you're discharged from bankruptcy (when the agreement ends).

Will I be required to sell my home if I am bankrupt?

If you're a homeowner, there's a chance any assets you own (including your home and your car) could be sold to settle as much of your debts as possible. However, everyone's personal circumstances are slightly different - so this won't always be the case.

Not All Solutions Involve Having Debts Written Off

Although solutions that help you write off a debt may sound appealing - there are also affordable approaches that might help you get back on top of your finances without writing off what you owe.

Write Off Up To 85% Of Your Debt With An Approved Solution. Check If You Qualify >

A debt management plan (DMP) is a way of tackling what you owe without the need for formal insolvency agreements.

Debt management plans are often used by people who have experienced a temporary reduction in earnings - particularly if you've faced redundancy, illness, or other significant life changes. It will depend on your specific lenders, but a DMP can usually include most types of debts - including mortgage payments, rent, credit card bills, loans, hire purchase agreements and many others.

With a debt management plan, the debtor or someone working on behalf of the debtor will negotiate repayments with each creditor. Creditors may not agree through - or may change their conditions further down the line - as the debt plan is not legally binding.

If you're interested in exploring a debt management plan and debt advice, our friendly advisors can tell you more about the assistance we can provide with DMP establishment.

For some people, a debt consolidation loan can represent one of the best debt solutions - using a single larger loan to pay off a number of smaller debts.

The interest rate you pay on a larger loan can often be lower than store cards, credit cards, or short term loans - and the potential to pay over a longer repayment period could bring your monthly outgoings down to a more manageable level.

Although getting a debt consolidation loan is simple in theory - it's worth talking to a Jubilee advisor for debt advice and to help you decide if it's the right method for you. Creditors may add additional charges if you have any arrears or plan to pay off loans early - so it's useful to make sure you have a full picture of your finances before you apply.

What's the Next Step For You?

Debts can make life extremely hard - and countless studies have shown that even small amounts of problem debt can lead to relationship struggles, work problems, and even homelessness. The registered charity Mind is also very clear about links between debt and mental health issues.

Whether you want to write off your debts or explore other options - we're here for you.

Don't let debt spiral out of control. Talk to the Jubilee team today, and we'll help you understand all the options available to you - and help you plan a realistic path towards becoming debt-free.

Remember, debt is nothing to be ashamed of. Virtually everyone in the UK has some level of debt - and millions of people are struggling. Whatever has led to your debt becoming a problem, our team will help you deal with it without any judgement; just friendly debt advice from a team you can trust.

Pay What You Can Afford. Find Out How We Can Help.>

The Money Advice Service is a free service set up by the Government to help people make the most of their money. If you would like to learn more click here.

The Insolvency Service, an independent government agency, has produced a guidance leaflet on dealing with your creditors. If you would like a copy, click here.