A Guide To IVAs Or Individual Voluntary Arrangements In The UK 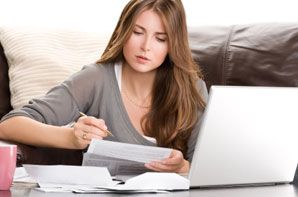 An IVA is a formal debt management solution used by residents of England or Wales, often with at least £8,000 worth of debt.

An authorised individual must establish one and there are some costs involved.

Despite these stipulations, this arrangement may be the best way to handle your unsecured debts. Read on to learn more and please contact our IVA advice professionals with any additional questions.

The IVA was created as an alternative to bankruptcy.

It is an agreement between your creditors and you to repay all or a portion of your debts, typically within a five-year period. Though the law does not establish a minimum or maximum level of debt to qualify for an IVA, different providers will set their own minimum debt levels.

There may be more suitable debt management solutions for those with lower levels of debt.

An authorised debt specialist, referred to as an insolvency practitioner, or IP, is the only individual who may establish an IVA for a UK resident. Similar to what occurs with a debt management plan, a revised repayment is negotiated with creditors.

There is no minimum or maximum level of permitted repayment, only what creditors and insolvency practitioners consider acceptable. You make a single payment monthly representing all debts and the IP allocates the correct amount of money to each creditor according to the IVA arrangement.

An individual voluntary arrangement requires payment of a nominee’s fee and a supervisor’s fee. These charges are included in the monthly payments you make to the IP but do not usually affect the total amount you must pay. The nominee’s fee is charged for work required to obtain agreement for the IVA.

The supervisor’s fee is ongoing for the work performed by the IP. It is recouped on a regular basis, as outlined in the proposal.

Why Choose An IVA?

If you cannot afford to repay your debts in full within what would normally be considered a reasonable timeframe, an IVA may be the best option. It is an alternative to bankruptcy that allows you to stay in your home. Though you may need to reduce excessive spending, this can actually be a good thing because it will become easier to live within your means.

There are several things you must do to get an IVA. The first is obtaining professional debt management advice to determine whether it is the correct solution to your debt issue. We offer this advice, so contact us today to begin exploring this option. If such a solution is deemed suitable, you must get an authorized IP to serve as the nominee. This individual will help with the preparation and will submit it to your unsecured creditors.

Your IP will schedule a meeting with creditors included in the proposal. This individual will represent you at the meeting. Creditors representing more than 75 percent of debts must agree to the IVA in order for it to be accepted. If this happens, the IVA applies to all creditors, even those who did not agree to it. The IP will serve as the supervisor, managing your payments and distributing the appropriate amount to each covered creditor.

There are several potential benefits that you should be aware of:

The drawbacks may include the following:

Just because the IP helps draft the proposal and presents it to creditors does not leave you without any responsibilities. For the IVA to remain in force, you must make monthly payments as agreed or the IVA may fail. When an IVA fails, creditors are free to take further action to collect the money they are due, which could include court action or forcing bankruptcy.

If your financial situation changes, this should be reported to the IP. In the case of decreased income, the IP may be able to negotiate reduced monthly payments with covered creditors. If income increases, you may be required to increase the amount of your monthly payments to repay covered debts more quickly. You may also be permitted to voluntarily pay a lump sum from a third party in addition to available income.

An IVA usually only lasts five or six years and once it ends, any covered unsecured debt remaining is written off. However, an IVA is recorded on the Personal Insolvency Register, while a debt management plan is not.

As stated above the IVA was created as a formal alternative to bankruptcy.

With an IVA, you may not need to release equity in your home. The same cannot be said for some bankruptcies. A bankruptcy typically lasts for 12 months (albeit with 36 months of income payments in some cases), while an IVA may last for up to six years.

Both IVAs and bankruptcies appear on the Personal Insolvency Register.

If you have at least £8,000 in unsecured debt, an IVA may help you become debt-free in the future once you have completed the arrangement. Let us help you explore this option to determine whether it is right for you.

It might take four to six weeks to establish and we can help you get started today.

We will recommend a qualified IP who will serve as your advocate throughout the process. In just five or six years, you can potentially find yourself free from the debts that have been causing your financial problems.